I stood in a field full of red poppies – coquelicots, I told myself, you're here to speak French! -- and there, I didn't feel anything.


But then I stared across a field of tall greenness, right next to a forest, and there I felt it. It looked like peace. It looked like growth. Blue skies, green plants, bright sun, a little shadow from the forest trees. It was a beautiful countryside in summer.

We walked into the forest, and there we found a different truth, one where, more than 90 years later, we could still crouch in trenches from La Grande Guerre.

From the field you would never know. 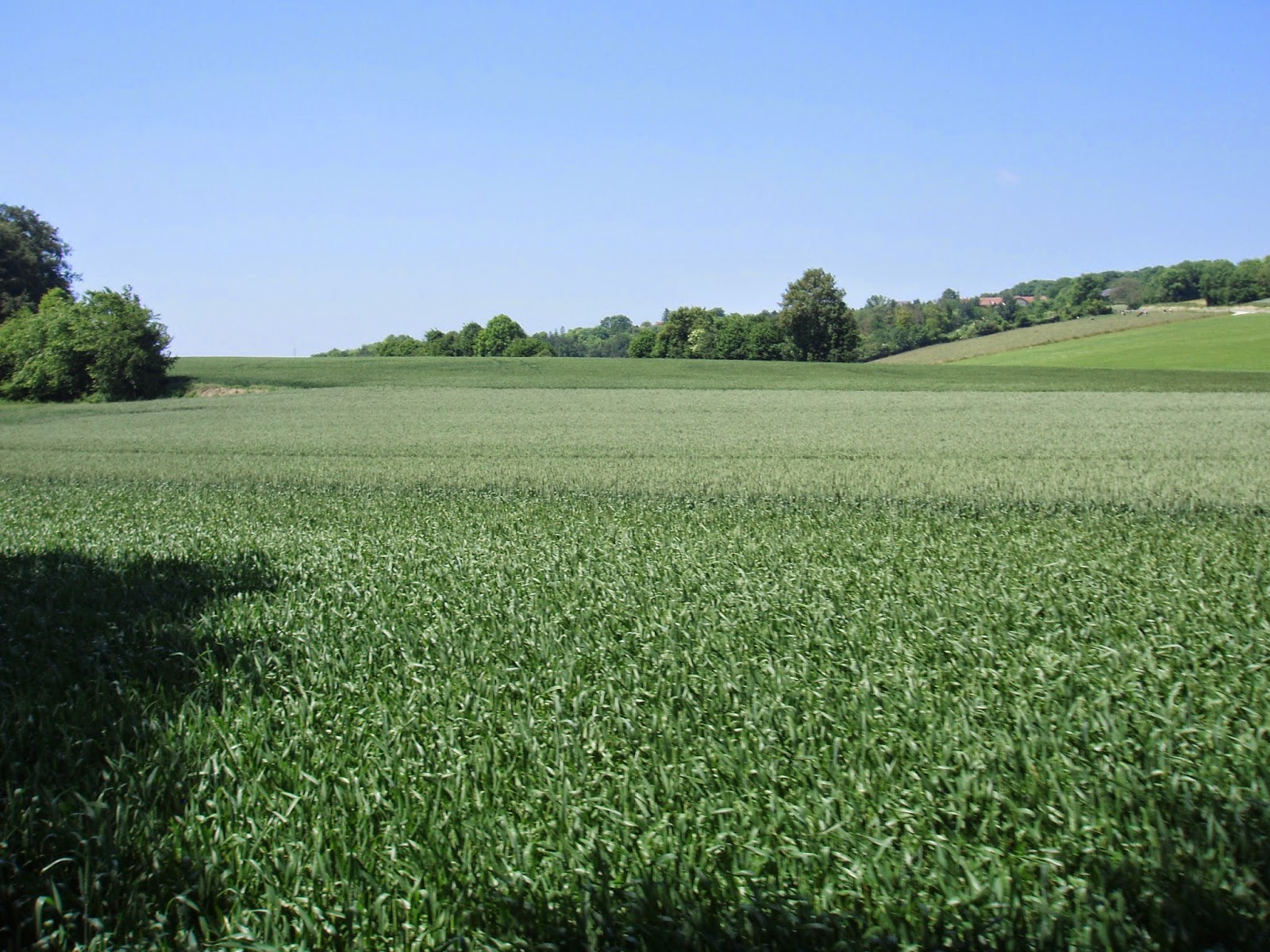 France does not usually hide the fact that it has been marked by the two World Wars. There are cemeteries from each war in every little town. There are a number of American cemeteries throughout France, though those are large, formal affairs, not the crowded and varied French burial grounds. There were even German cemeteries, some places.

There are monuments in the towns, too. I remember in particular Cantigny, where Americans first fought in France during La Grande Guerre. Out by the field, there was a monument there for the American Division One (The Big Red One -- Duty First!). In the town, there was one too, with a statue and words in both French and English. And then there was the white tower, and that was not just for the Americans.

No one can say the French aren't appreciative of American involvement.

We visited the former mayor of Cantigny who keeps a museum in his garage. He had a big blanket emblazoned with the big red 1, and around it, there was the motto. No mission too difficult, no sacrifice too great -- duty first!

Relatively, the United States did not suffer large casualties in World War 1. I was in France, after all. American casualties do not begin to compare. But there are still too many white crosses and stars at the Somme American Cemetery in Bony, too many names on the monuments at Cantigny.
I wrote letters.
I chose one soldier from Oklahoma and one from Texas, and I wrote them letters. I found their names on the Cantigny monument, and then I placed their letters in front of their crosses in Bony. I was silly then. I would cringe to read the letters, these days. But in truth, I would probably still write.

This time, though, I would write to one of those unnamed. Here rests in honored glory an American soldier known but to God.

There was a chapel with all the names of those whose bodies weren't found or identified, but the crosses with no names reached me more. Known but to God.

We joined hands and said the Lord's Prayer, but the others were Catholic, and I alone said For thine is the kingdom, and the power, and the glory forever.
It's one of the moments of prayer that I will never forget.

The next September my parents and I walked into the Kansas City WWI Museum. You walk over a bridge to the exhibits, and it's over an artificial field of poppies. I looked at the flowers and couldn't come up with the word 'poppy.' All I knew was coquelicot, and now when I looked at them I felt. 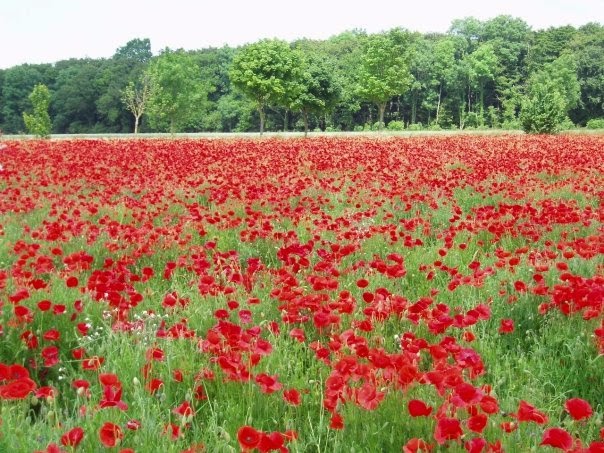